IT IS PERFECTLY OKAY TO BE IMPERFECT 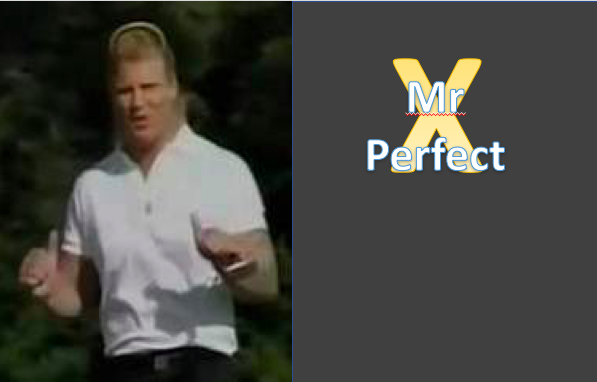 14 Aug IT IS PERFECTLY OKAY TO BE IMPERFECT

Doing it NOW is more important than doing it perfectly later

I have a story to share from my life to illustrate how a positive trait like perfectionism can come in the way of performance instead of improving it.

IN 1983, I was attending the famous ‘Staff Course’ at the Defence Services Staff College (DSSC), Wellington. Our routine was packed with writing exercises that had to be delivered within tight deadlines. I, along with my friends Gashi, Ballu and a others, would be breathless as we tried to submit our exercises, usually incomplete or unfinished, on time. On the other hand PG Kamath and Vikram Goswami were two stalwarts who would be home after completing their assignment well before time (and we had to hear some sarcastic remarques from our wives). Despite submitting their work well in advance, the overall quality of Vikram and Kamath’s work was was in no way inferior to the rest of us which was submitted after spending long hours and breathless attention to the minutest of details.

PG Kamath, went on to teach me a big lesson. We were both attending the Higher Command Course at the Army War College (then called the College of Combat) at Mhow. He stayed in the house above mine. We were once again neighbours. His ability to respond to everything thrown at him in a precise and prompt manner consistently remained his big asset through the course. I was struggling to maintain my image as Mr Perfect, which is what my friends called me. I think I had earned the epithet. Those were the days of overhead projectors and transparencies (we used to call them slides.) I was very good at making them. My slides would be in straight lines, perfectly spaced with each bullet in a different, thoughtfully selected colour. As time was not a constraint in this easy going, non-graded course, I had the time and inclination to help as many friends as I could in making their slides.

PG Kamath was to make a presentation. True to his habit he wanted to do an ‘as good a job as possible’ in the shortest time and be done and over with.

I shared an old bond with PG. We had been neighbours in Circle Quarters in Wellington and now after 11 years we were again neighbours in Mhow. As usual, I offered him my help. PG refused to take help. He insisted on making his own slides. If I recall correctly, he had over 60 slides. At 11 pm, I walked out in my lawn. PG was stretching his body in the balcony above. He looked physically and mentally fatigued. I asked him if he was done with the slides. He replied in the negative. There were over 30 more to be done. I pleaded with him to let me chip in because I sincerely believed that I could help him complete the job sooner (I did not say better !).

He went on to make all his slides on his own. I guess it must have been past 2 am by the time he hit the bed.

PG’s presentation was shockingly bad. There were scribbles on the slides and the handwriting was terrible. There were instances of overwriting. Overall, the impression it gave was one of a random collection of kid scrawls. It was not professional at all. I wondered why he vehemently refused to take my help.

A few minutes into the presentation a shift occurred in me.

My uncomplimentary thoughts soon made way for admiration as the depth of the ideas in PG’s presentation dawned upon me. As my attention shifted, I realised what he was saying was simply amazing. The depth of his knowledge overshadowed the aesthetic shortcomings of his slides. My concerns appeared too trivial. I said to myself, “Sushil Bhasin, when you were busy drawing straight lines with a scale or rewriting a foolscap sheet because a cutting or overwriting ‘appeared’ clumsy, Kamath was ‘reading.” Everyone knew I was good with design but PG did not take my help because he was not obsessed with creating the ‘perfect’ presentation. He put his efforts into his ‘best’ presentation.

Don’t let notions of all-round perfection come in the way of giving your best. Do it your way and do it NOW.

PG taught me a great lesson of my life. A middle-of-the-road approach is always better. A letter that is 80% perfect today is probably better than a 100% delivered two days later. My obsession with perfectionism did not fade away with this experience but it did mellow down. I think I have produced better results after the lesson I learned that day. PG Kamath rose to the rank of Lieutenant General and commanded the Army War College, Mhow, a premier military institution known across the world for its high professional standards.

I arrived at a conclusion that it is good to fix a practical, doable time slot for a particular job. Give it focus, undivided attention and all your energy. Finish it. Work on the other jobs at hand on basis of priority. At the end of the day, if there is time left, revisit the job to make it better.

There is always room for improvement. It is the biggest room in the house, says Louis Heath Leber.

This is an extract from my forthcoming book’ Million $ Second, a book highlighting the value of time, covering practical aspects of doing more in less time and creating time for what you love doing.