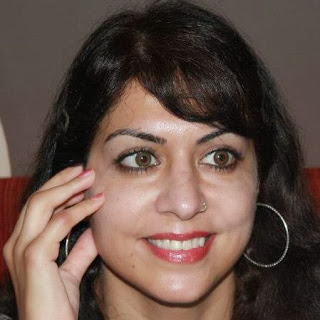 Rachna Chhachhi
I have known Rachna since 1986
when she was a little school girl in APS Dhaula Kuan. Her father was my senior
in the Army – an officer I have always admired till date. Many years later
Rachna got married to Vikram, son of Mr and Mrs Chhachhi, who were both my
English teachers in Sainik School Kapurthala.
I always thought I knew Rachna. How
easily we say “oh I have known her for (donkeys) years, or I know her
since she was a baby”. That actually relates to the time alone. Nothing
more. That doesn’t account for the degree of how well you know a person.
Last year I got to know that
Rachna has relocated to Mumbai. We interacted on the phone and on the net, but
met after long. But I got to know Rachna only when I read
http://www.rachnachhachhi.com/how_i_fought_rheumatoid_arthritis.html
I could not believe it. What an
amazing hair –raising real life story.
I did not know even a fraction of
the tip of an Ice berg called Rachna.
She is a rare example of self
determination and grit. “never to say give up” thy name is Rachna.
Rachna is doing a great service to
humanity and I thought I must do my bit to let more and more people know about
‘Miss Modest’ Rachna. More and more people need to know about her as she is
doing a yeomen service to humanity.
Rachna is now an author of a book
titled “Restore”
It’s a must read book
http://www.rachnachhachhi.com/restore_the_book.html